On January 23, 1997, Madeleine Albright was sworn in as the United States secretary of state, she became the first woman to hold this position. She opened the door for so many women in politics, including Hillary Clinton and Condoleezza Rice, who held the same position years later. 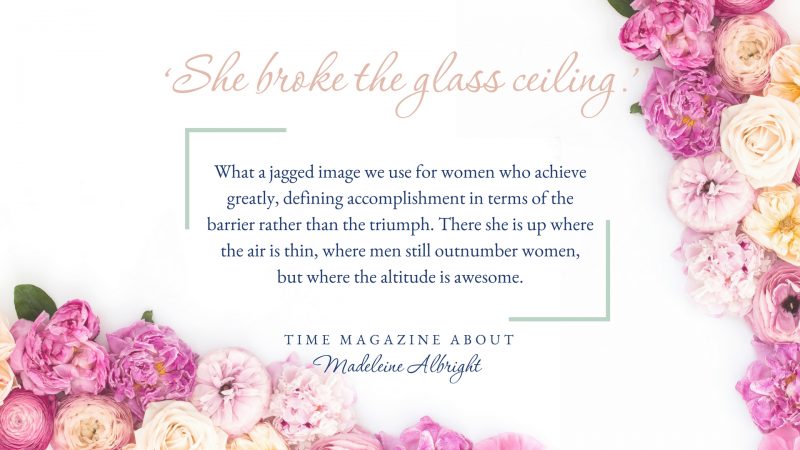 I, personally, am a big fan of Time’s new book “TIME FIRSTS Women Who Are Changing The World” and you will see me talk about it and the women it is showcasing a lot. It is such a beautiful book and truly inspiring! (And for you photography lovers – all of the portraits were shot with an iPhone! Crazy, right? That is actually how I heard about the project!)

Madeleine Albright made history as the first female Secretary of State. However; like many of us, she has struggled with speaking up. Plagued by insecurity, Albright says, she would often refrain from making a point she felt important for fear of it sounding “stupid” — only to have a man say what she wanted to say, to be seen as “brilliant”. 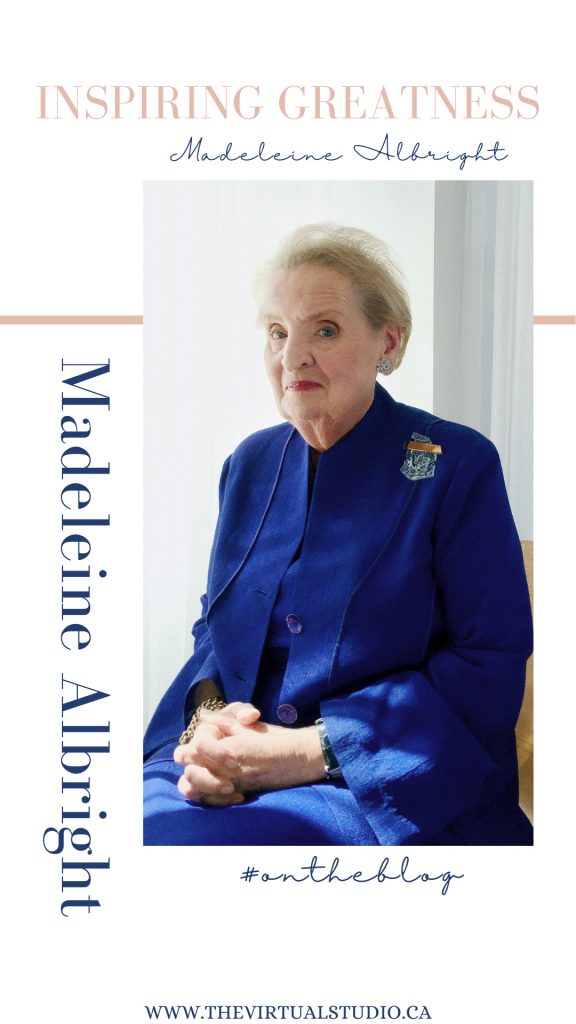 Her advice to all of us on how to overcome this fear: think of how you look when you don’t speak up.

Take the time to watch the short video below, she is an amazing and inspiring woman. I LOVE the story about her granddaughter, how being the Secretary of State isn’t such a big deal because she has only ever known women to hold that position.

You can read more of her interview on the Time website. In it, this small piece really hit home. She is honest and vulnerable, which is something I feel we should all strive to be. Self-doubt is not a horrible thing, giving into it and letting it win, is.

‘It’s important to have more than one woman in the room.’

Before I became Secretary of State, when I was teaching at Georgetown University, I always told my female students to be prepared to speak and to interrupt when necessary. When I walked into my first meeting of the United Nations Security Council, there were 15 seats and 14 men—all looking at me.

I thought, Well, I don’t think I’ll talk today. I don’t know who everybody is… I want to figure out if they like me, and I want to kind of get a feeling for things. Even though I had advised all of my female students to speak, I myself hesitated.

Head to the Time Magainze website to learn more about the project!
TIME Firsts: Women Who Are Changing The World

Buy the book to read the full interviews.
TIME FIRSTS Women Who Are Changing The World

Finally, leave a comment, what is your favourite quote from the Former Secretary of State? Who inspires you to change the world?